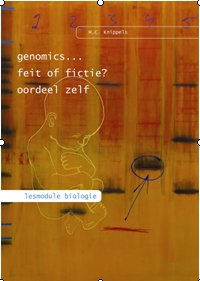 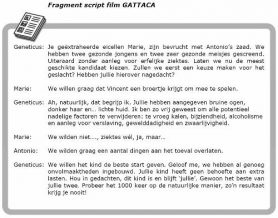 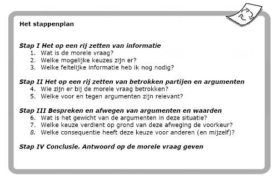 The present study examined the outcomes of a newly designed four-lesson science module on opinion-forming in the context of genomics in upper secondary education. The lesson plan aims to foster 16-year-old students’ opinion-forming skills in the context of genomics and to test the effect of the use of fiction in the module. The basic hypothesis tested in this study is whether fiction stimulates students to develop opinions with regard to socio-scientific issues. A quasi-experimental pre-test and post-test design was used, involving two treatment groups and one control group. One of the experimental groups received a science module incorporating movie clips (i.e., the movie group). The other experimental group received the same science module, but only news report clips were used (i.e., the news report group). Prior to and after the module, 266 secondary school students completed a questionnaire to test their opinion-forming skills. The results demonstrate that the science module had a significant positive effect on students’ opinion-forming skills and that the movie group improved their skills more compared with the news report group. It may be concluded that the use of fiction—to be more specific, movie clips about genomics extracted from feature films—to introduce a socio-scientific issue in the classroom stimulates students to develop their opinion-forming skills.